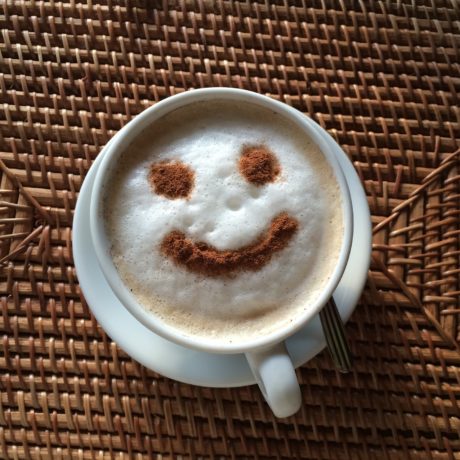 A Little Help From Science

How can you spread happiness and joy?

Quantum physics is the science that describes the behaviour of energy and matter at atomic and subatomic levels. This science is increasingly used in psychology. Why? Think of the physical effects that occur in your body when you experience vivid emotions such as excitement and fear. Your body produces adrenaline, you sweat, your mouth becomes dry, you get all energetic… So our emotions have an effect even on cellular, atomic level in our bodies – which is the domain of quantum physics.

Dr John Demartini, a well-known American specialist in human behaviour, says our emotions often swing from one extreme to the other, much like a pendulum. He adds that we should avoid swinging too far from the centre towards fear of the future, or towards guilt about the past. Joy lies in maintaining your emotional equilibrium.

Remember there is nothing stable in human affairs; therefore, avoid undue elation in prosperity, or undue depression in adversity. (Socrates)

If you are an expressive or extroverted person, this statement may annoy you a little. But the key lies in Socrates’ word “undue.” No one is suggesting that you live a zombie-like, unemotional life. Sustained joy comes from finding your own centre and not allowing external events to catapult you into debilitating turmoil or frenzied ecstasy.

You should be the anchor of your own existence, consciously choosing your own responses in every situation.

One of the best ways to generate and sustain your own joy is by giving it to others. The widely publicised Framingham Heart Study published in the British Medical Journal in 2008 showed that happiness (and unhappiness) spread from person to person in social networks. (“Happiness” in this instance really refers more to “joy” as we defined it in “Happiness and Joy Part 1.”) Researchers followed nearly 5,000 individuals for 20 years. They found that happiness can spread as far as three degrees of separation on average in close relationships such as friends, siblings, spouses and next-door neighbours. For instance, here’s how happiness can spread:

The researchers reported that happiness spread more consistently than unhappiness through the network. The structure of the social network also had an impact on happiness. People who were very central to the network (with many friends, and friends of friends) were much more likely to be happy than those on the outer edges of the network. Overall the results show that joy can spread through a population like a virus!

Challenge: Go out there and infect a few people with joy. You can’t spread it without getting infected all over again yourself!

Who’s Raining on Your Parade?

We all know people who have no joy of their own and will kill yours if they get half a chance.

Why don’t you try influencing them for a change?

Convert them by infecting them with your joy:

Always preserve your own positive state of mind. Mingle with different groups during breaks. Try to adjust your daily schedule so that you don’t arrive, leave or take breaks at the same time as the negative person.

It’s noble to try and uplift the people around you, but if someone is always bringing you down instead of being infected with your joy, rather avoid their toxic company and seek out people who are more positive.